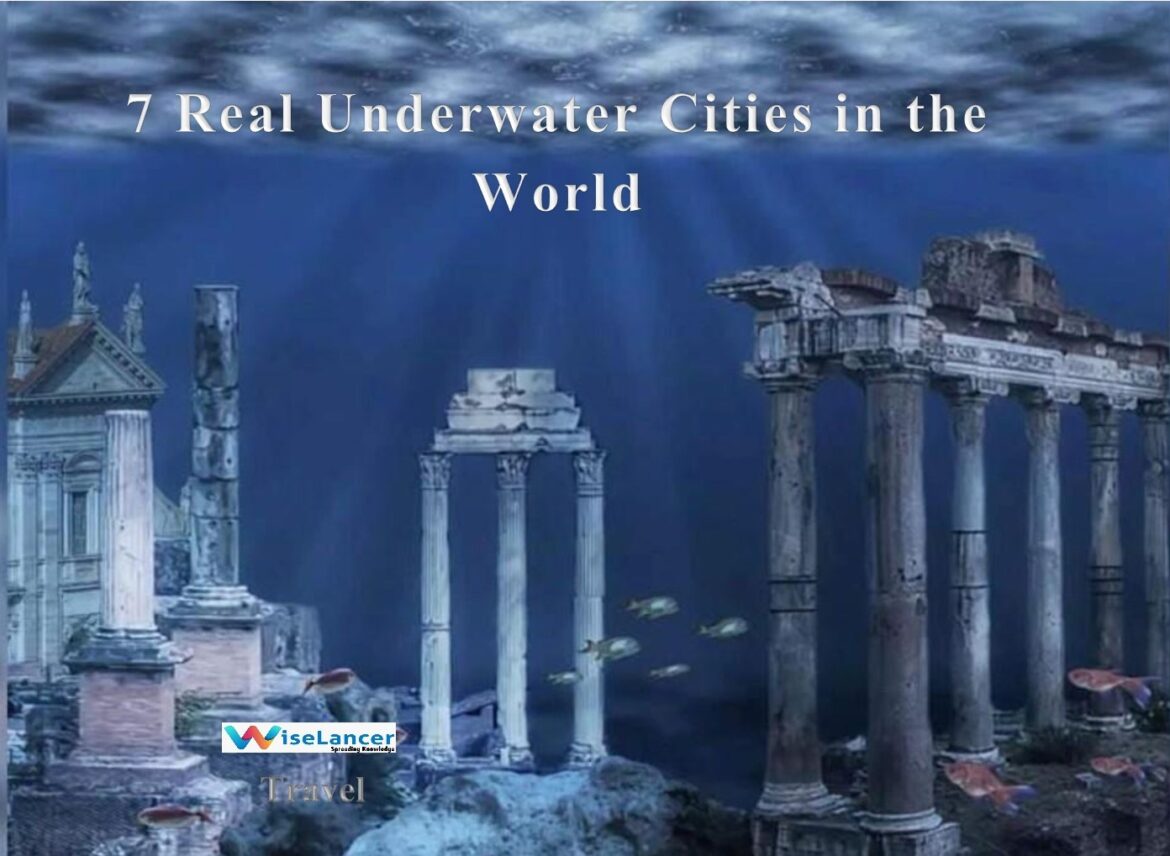 7 Real Underwater Cities in the World

7 Real Underwater Cities in the World

Our World has fantastic places that make it highly beautiful. There are numerous underwater cities in the World that you can explore. Some of the underwater cities were submerged due to natural disasters like floods. So, if you want to see these real underwater cities, don’t forget to add the following to your bucket list.

As a result of a horrible earthquake, followed by a massive tsunami, it plunged this city and killed more than 2000 people. This was also called the wickedest city on the earth. Basically, this city was the hometown of pirates of the Caribbean. Right now, it is one of the most well-preserved underwater cities in the World. The government removed some of its famous things to keep in the museums of Jamaica. You can tour this amazing underwater city by taking scuba dive facility after getting permission from the concerned authorities.

We love this underwater city due to its rich history and giant ancient structures. It is also called as “the Gateway to Heaven”, revealed in 1988 and sunken around 100 feet below the Gulf of Cambay. You can see ancient artifacts, structures, pillars, and grids underneath. According to experts, this city might be 10000 or 5000 years old. But some people think that the Gujarat Sultan Mahmud Begada attacked it in 1473.

This sunken city was considered the hometown of Romans. This region was very dangerous due to its active volcanic activities, and it is likely to be one of the major reasons for submerging. Scientists have found around 2000 years old remains underneath this city. If you are exploring Italy, you must add this underwater city to your wishlist.

The Lost Villages of Ontario, Canada:

It comprises nearly 10 Canadian towns, which is why they got named the Lost Villages. Moreover, these lost villages were a part of Osnabruck and Cornwall in Ontario. These municipalities were submerged due to the waterway construction built in the 1950s. When you go underwater to see these lost villages, you can clearly see the sidewalks, buildings, and structures. You will be surprised that some of the spots are visible above the water surface.

This is one of the oldest underwater cities because it is nearly 8000 years old. There are several things that prove its authenticity. People uncovered it in 1984 and since then it is a famous tourist spot for explorers due to its surroundings such as the Mediterranean Sea coast. You just need to hire scuba diving facilities to witness the underwater skeletons, graves, and buildings. People also discovered the seven megaliths that look like underwater Stonehenge. Moreover, according to archeologists, earthquakes and tsunamis are the most probable reason behind the submerged underwater city.

According to reports, Phanagoria was once known as the ancient largest city of Rusia and the capital city of the Bosporan Kingdom. It was discovered nearly 540 BC. Currently, Phanagoria is one of the most fascinating archeological sites in the World. Archeologists are trying their best to discover new things about this underwater city. If you are in Russia, then you must visit this site.

Do you want any help writing quality content, driving more traffic to your website, and boosting conversions? Get in touch through Contact our team or my Freelancer.com profile. I always prefer to work through Freelancer.com for smooth functioning. Here you pay safely and securely.

5 Indian Cities Those Are Older Than Time