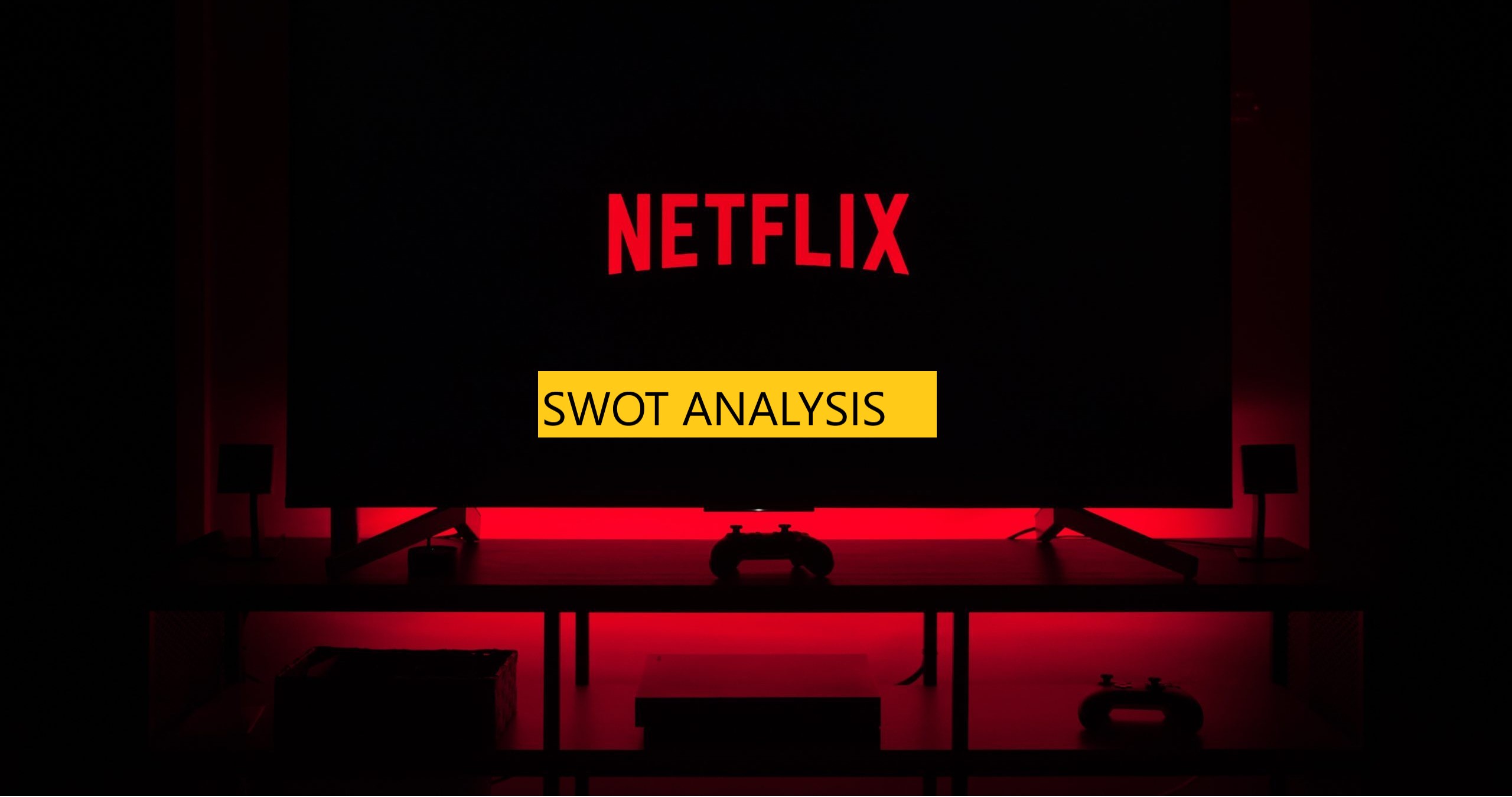 Netflix has nearly 167 million subscribers globally and remarkably growing day by day. It is one of the biggest internet entertainment services in the world and efficiently working in more than 190 countries. They offer web series, films, documentaries, and in several languages to its users. Reed Hastings and Marc Randolph are the co-founders of Netflix. They started their work by selling DVDs. Netflix started its online streaming in 2007. With this initiative, they earned a strong profit. Now, Netflix is one of the leading online entertainment services in the world. If you want to know its working and success story then you need to read Netflix SWOT Analysis completely. In this analysis, you will find out its strengths, weaknesses, opportunities, and threats.

Netflix is one of the most leading online streaming brands with 167 million subscribers in the world. This rapid growth is one of the biggest strengths of Netflix.

Netflix has a strong brand name in the world and it was ranked at number 4 to graded brands by Forbes in 2019. They gained exponential growth within a short period of time.

As we mentioned above that Netflix is operating in more than 190 countries globally with 167 million active subscribers, this shows that they have a strong consumer base which is the biggest strength of Netflix.

Originality is one of the biggest factors that show the strength of Netflix. From Tiger King to Money Heist, Narcos, Stranger Things, Orange Is the New Black, and Mindhunter, there are several shows that become popular due to their original content. This strength is a major part of the success of Netflix.

Netflix is very flexible in its tech resources as people can watch their shows on Mobiles, PCs, laptops, and tablets. This thing makes Netflix highly innovative and popular in the eyes of customers.

Many users were looking for offline use of Netflix in case of bad internet connection and travel use. That’s why Netflix launched an offline feature (download now) so that people can watch their show with the utmost ease.

The pricing policy makes Netflix highly effective over its rivals. They offer an 8.99 dollars per month subscription which is very affordable for users. Now, they can watch entertainment content in different genres and better quality. This thing makes Netflix highly competitive. If you want a premium plan then you can get this at 15.99 dollars per month.

No doubt, the popularity of Netflix’s shows is growing day by day. They get 160 plus nominations at the Emmys which is higher than HBO, NBC, ABC, FOX, and CBS. This thing makes Netflix highly innovative and famous across the world.

Netflix has very limited copyrights which means it doesn’t own the majority of its content. This thing affects the company’s image negatively. This kind of weakness makes the company highly vulnerable.

They offer a wide variety of content in every single country which requires a good amount of money. That’s why debt funds are increasing in order to invest in new content. This kind of increasing debt can threaten the company’s future.

Netflix is also lacking in renewable energy resources and hasn’t developed a strong model to encourage environmental stability. Other tech companies such as Amazon, Facebook, Google, and Apple started practicing renewable energy programs. They are practicing 100 % green initiatives. This kind of thing creates a negative impact on users.

Almost 50 % of the revenue of Netflix comes from the North American market. This shows that they heavily depend on the US market. It is a main weakness of Netflix because they also suffer if the American economy experiences any recession or downfall.

Recently, Netflix has increased its subscription costs while many other streaming platforms like Disney+ and Apple TV+ offer their subscription at 6.99 and 4.99 dollars per month. This kind of thing has damage the trust of customers and Netflix loses its customers.

Adding innovative and latest content gives a competitive edge but this needs huge funds or money. Due to this reason, the steaming cost of Netflix is increased which is also a weakness of Netflix.

It is imperative for Netflix to offer affordable plans to subscribers so that they can enjoy its content at a lower price. They also tried a 3 dollar per month plan in India that is quite successful for the company. In this way, they can compete with other streaming platforms like Disney+ and Apple TV+ that offer reasonable subscriptions.

Netflix already has 167 million subscribers globally but this is not enough. They have the opportunity to attract more people by offering better pricing plans and content. They can expand their reach in China, Syria, and North Korea and increase their revenue game.

It is necessary for Netflix to increase its content licensing by expanding agreements with several movie distributors. They are also producing their own content so it is really easy for them to refresh their content library.

Netflix can make alliances with the telecom sector to provide reasonable packages in several countries. They also target local distributors and cable channel operators to make alliances in order to expand their reach and market share.

Netflix should focus on creating local content in their language so that people easily relate and watch content. They also make many shows and movies like Sacred Games in India that was a very successful show.

Netflix has donated 2 percent of its revenue to support Black Communities. It costs almost 100 million dollars and depicts the ideal corporate social responsibility.

There are several big players like Disney+, Apple TV+, HBO, YouTube, and Hulu actively present in the streaming platform. They are the biggest rival of and offer better pricing plans to customers. Due to the presence of these giant players, Netflix is facing stiff and fierce competition.

Due to the regulations from different countries and governments, Netflix is experiencing serious revenue problems. As Netflix is not available in China due to its foreign content, this thing can affect or threaten the company’s future.

Due to high monthly and annual subscription fee, people used illegal ways to download and watch movies. This kind of piracy can damage the revenue system of Netflix and create a bad impact on its security.

Due to the pandemic, several Netflix accounts were hacked by hackers. If it continues, then it can cause many severe problems and decrease the profit game of Netflix. It is one of the most serious threats to Netflix.

According to a study, tech-based technologies emit a large amount of carbon. Online streaming platform emits 1 percent of worldwide carbon emission. It is necessary to resolve these types of issues otherwise it can damage the company’s name and image.

As a matter of fact, the number of subscribers of Netflix is increasing day by day. Recently, the EU commissioner complained about Netflix’s HD content strained transportation. This kind of thing creates a huge impact and they started to provide a standard definition in spite of HD.