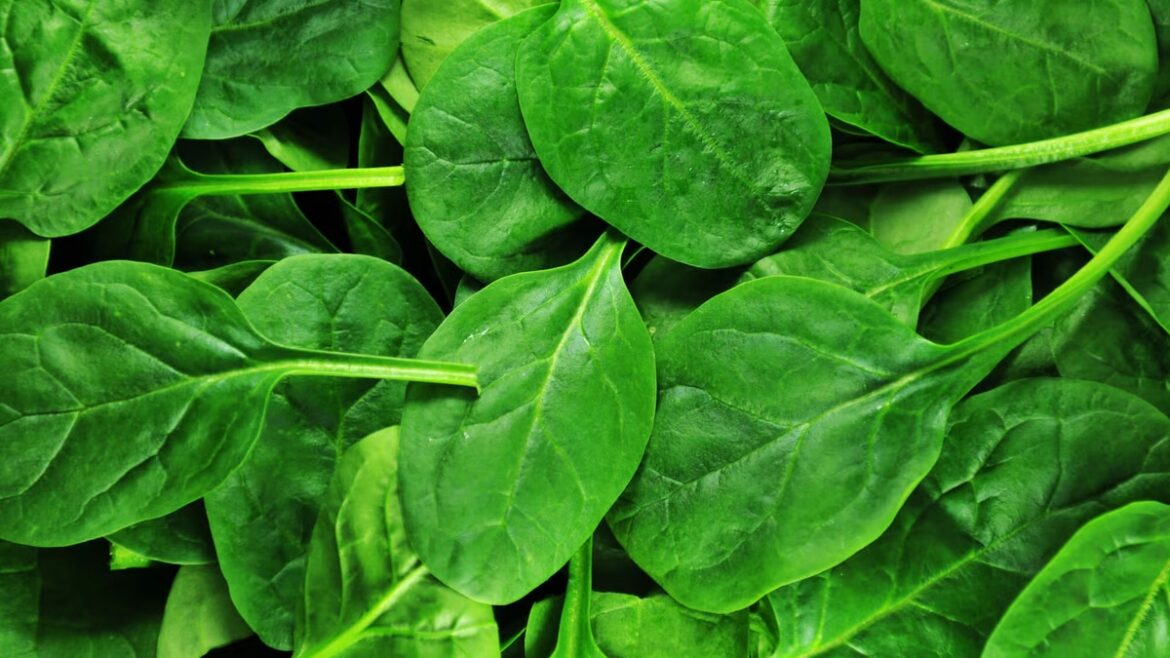 Reasons To Use Spinach Regularly

Reputed to be unloved by children, spinach is nevertheless an exciting vegetable if we look at its nutritional values ​​and the resulting benefits. If it does not give superhuman strength, as in the Popeye comics, spinach does have many health benefits.

This post invites you to discover spinach’s benefits and nutritional properties and the different ways it can be eaten. Spinach is sometimes referred to as a super vegetable. Is it worth this name? This is what we will discover in this post.

It is a green vegetable whose appearance is close to lamb’s lettuce and basil. It is a vegetable plant of the Chenopodiaceae family that is associated with the Amaranthaceae family, in which we find, among others, beets and glasswort. Spinach is part of the order Caryophyllales, and its scientific name is Spinacia oleracea. It is a dioecious type plant, meaning that all the flowers are of the same genus (male or female) within the same plant.

Originally, spinach came from the Middle East. Today, the veg plant is cultivated in several countries around the world. The leading producer is China, followed by the United States and Japan. France is the 6th largest spinach producer in the world, with more than 115,000 tonnes produced yearly.

It is included in the superfood list because of its nutritional value. This green leaf is a food that contains proteins, carbohydrates, and lipids. It is especially very rich in dietary fiber, vitamins, and minerals. More specifically, spinach is reputed to be one of the most affluent vegetables in iron, hence the image of strength to which it often refers, especially through the Popeye comics.

Thus, 200g of spinach is enough to meet 40% of the daily iron needs in a man. Among the vitamins that it contains, we mainly find vitamins B9, C, A and E. Regarding minerals, in addition to iron, this veg is also a good source of nitrates, magnesium, and calcium.

Through the nutritional values ​​that we have just mentioned, we can better estimate the benefits of spinach for our body.

The richness of iron provides the body with essential energy for its functioning. In this sense, spinach allows you to stay in shape and reduce the feeling of fatigue. Similarly, iron is also necessary for cognitive functions, immune system functioning, and red blood cells.

The nitrates present in this veg will turn into nitrites once in the body. These nitrites promote blood thinning and vasodilation.

It also has mighty antioxidant power, largely thanks to fiber and specific vitamins, including vitamin A.

Among the other benefits sometimes mentioned about spinach, some experts believe that it could reduce the risk of breast cancer and esophageal cancer. It would also protect eye health by reducing the risk of retinitis pigmentosa, cataracts, and macular degeneration.

Spinach: How to Eat It?

We have become accustomed to cooking spinach after having crushed it. This superfood is then used as an accompaniment to meat or fish. However, it can also be eaten raw as a salad.

You should know that cooking has the disadvantage of reducing the amount of vitamin C and folate. On the other hand, it brings better assimilation of vitamin A, that is to say, a higher antioxidant power.

Spinach is not only prepared as a side dish; it can also be used as an ingredient for starters, desserts, and soups.

Similarly, you can use this leafy veg in the form of juice. It will have a green color. You can enjoy fresh spinach juice or mix it with other ingredients.

Tip: Use a Juice Extractor

The easiest and most economical solution is to make your own green juice. The best tool to do this easily and quickly is the juice extractor. I recommend that you not look for this juice in a specialty store.

We recommend opting for the electric juice extractor in a manual version, which is much less tiring and much faster and more precise. It is a virtual device when you want to regularly make your own juices from spinach or other fruits and vegetables.

It is often included in the preparation diet for bodybuilding. Indeed, as we mentioned earlier, spinach contains vitamin A. The latter plays a positive role in muscle function. Ditto for the nitrates contained in it. Once absorbed, they turn into nitrites and then nitric oxide, which leads to muscle congestion. All of these improve blood circulation, thereby promoting muscle development.

In other words, spinach helps the body to build muscle mass more easily and quickly, provided that you do regular muscle exercises.

Spinach has long been believed to be the most iron-rich food. In reality, if it contains a lot of iron, the values ​​are not as high as one might think at one time. However, the belief has persisted over time, and even today, It is often touted as a food with a phenomenal amount of iron.

However, spinach remains one of the most exciting foods in terms of iron content. As we have seen above, about 200g of provides about 40% of the daily iron needs in humans.

Iron is better assimilated by the body when it is accompanied by vitamin C. Also, do not hesitate to add lemon to your green salad or your green juice.

For Whom is Spinach Recommended?

Spinach is recommended for everyone and must be one of the vegetables that regularly comes up in our diet.

A spinach cure can be recommended for people suffering from slight fatigue or those who practice a sporting activity in order to develop muscle mass. It should also be remembered that the nutrients present in spinach are beneficial for the cardiovascular system and for the immune system.

Moreover, if you want any help in writing content to drive more traffic and boost conversions, get in touch through Contact our team.

Beetroot – The Value Behind this Super Food

TOP 10 MOST POPULAR FOODS ITEMS IN THE WORLD

SWOT ANALYSIS OF DELIVEROO | FOOD DELIVERY ON THE APP