In this digital era, tech companies are trying to take lead in profits and sales in order to expand their market share and revenue game. Today, we will talk about the top mobile phone brands in the world by evaluating different parameters such as income, sales, and shipments. They are a permanent part of our lives. The emergence of smartphones has revolutionized the world and mobile users with new technology. As we know that, the changing needs of consumers make these smartphones highly innovative and stylish. For the last 3 years, the sale of smartphones has dropped due to saturation and other factors. Apple, Samsung, Huawei, and other companies are leading the chart in this industry. They have a powerful market presence and effectively increasing their sales. Now, you have plenty of options to choose from. Let’s discuss the top 10 mobile phone brands in detail. 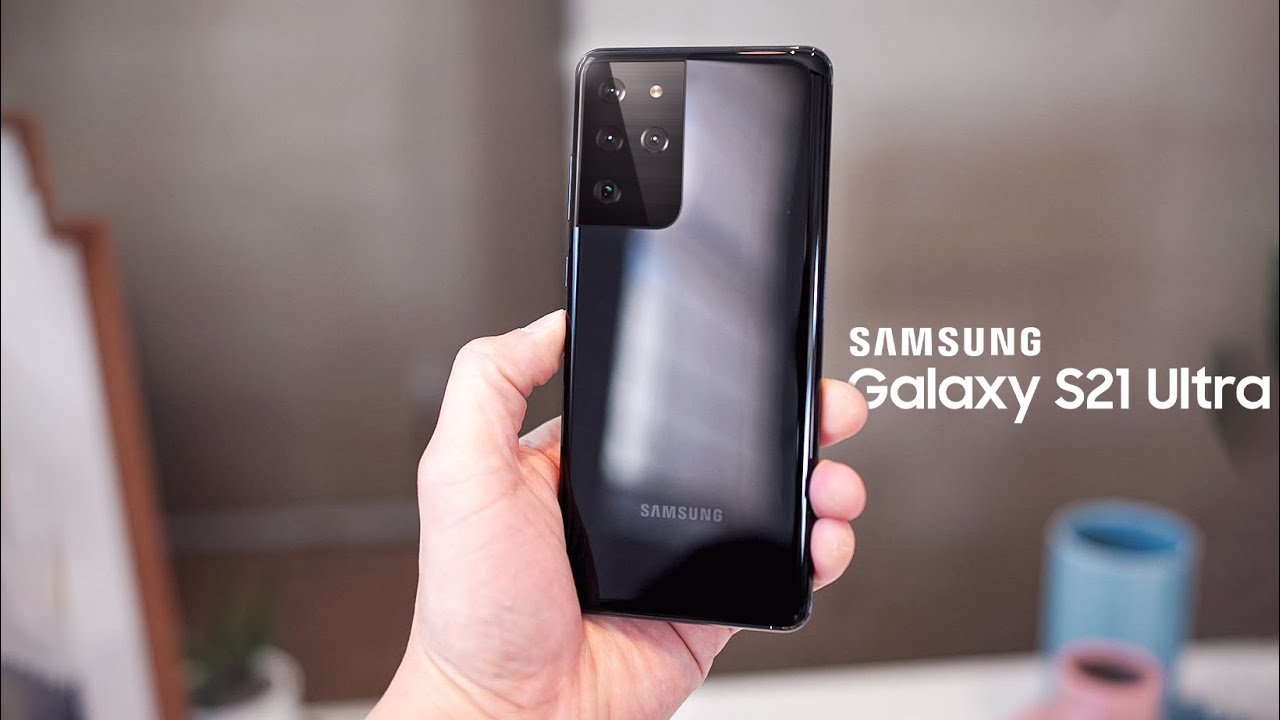 It is a South Korean company and headquartered in Samsung town. Samsung is currently dominating the smartphone market because they constantly improve their production capabilities by investing in Research and Development. They offer every kind of smartphone from lower to higher segment. They gained popularity from their Galaxy smartphone range. Its flagship smartphones are Galaxy Note 7 and Galaxy S7 edge+. Further, they recently launched Tizen OS as a substitute for its Android-related smartphones. The latest development of Samsung is Galaxy S9 and its audio quality is really high-quality because of the collaboration with Dolby and AKG. Samsung India is re-launching Galaxy S8 in magnificence burgundy red color which is a big achievement so far. Its current market share is almost 20 percent which makes it a top mobile phone brand in the smartphone industry. 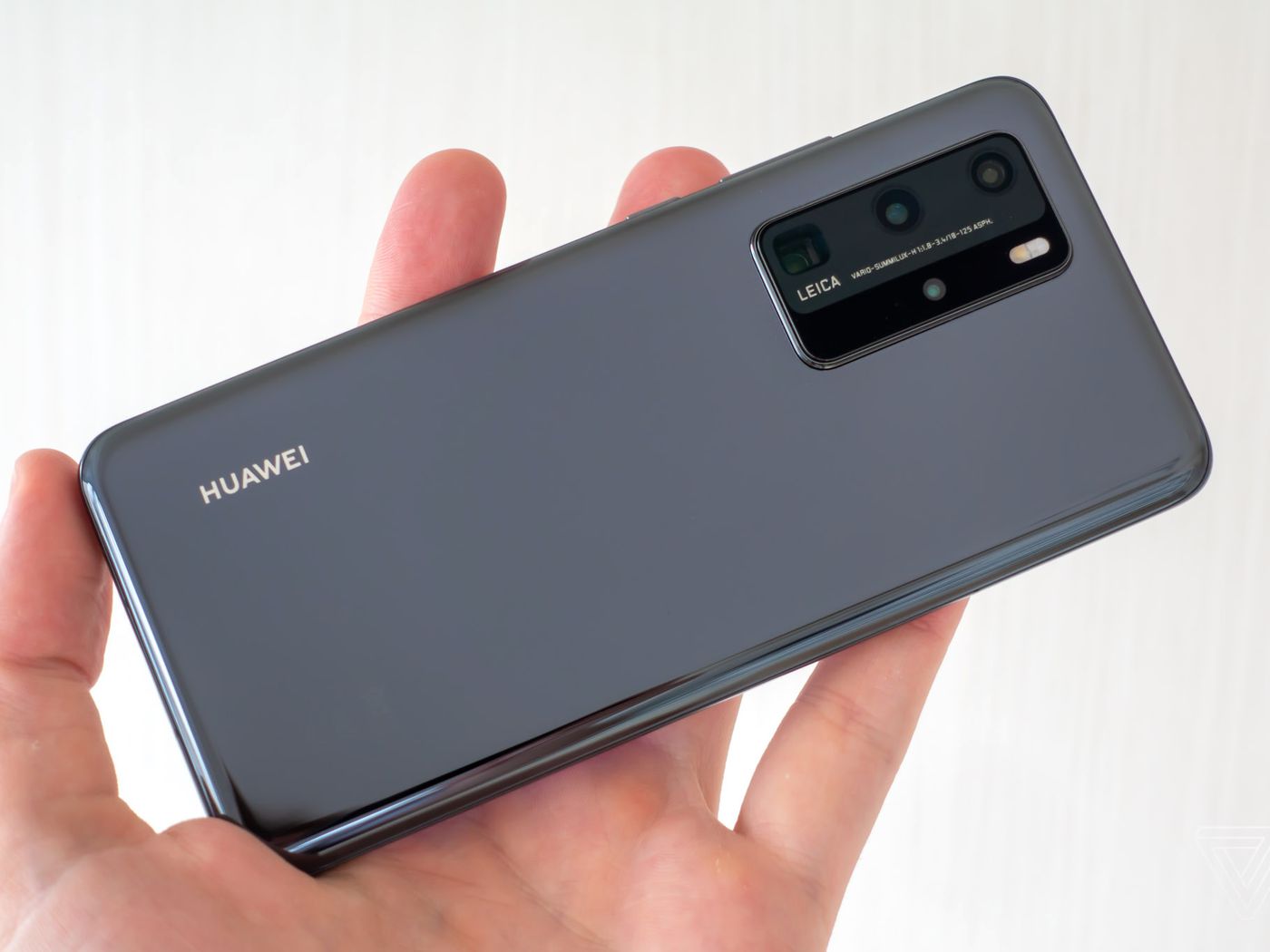 Huawei was founded in 1987 and one of the largest smartphone manufacturers in China. In 2016, Huawei devoted 14 percent of their profits to Research and Development which’s why they have innovation stores across the world. They are operating in 170+ countries right now and also trying to build their own operating system. This thing shows the powerful market presence of Huawei in the smartphone industry. In 2017, Huawei shipped 153 million smartphones and also ranked in Fortune’s 500 companies list. They recently launched a sophisticated smartphone that contains an in-screen fingerprint, AI processor, triple camera, and Dual fingerprint design. It’s a big achievement for Huawei and this smartphone has put on shame other expensive and powerful smartphones. This kind of innovation and growth enables the company to stand out in the market. You can capture professional and high-quality images with their smartphone cameras. Due to the trade tension with the US and other global issues, they are going strong and manage 2nd position in this list. 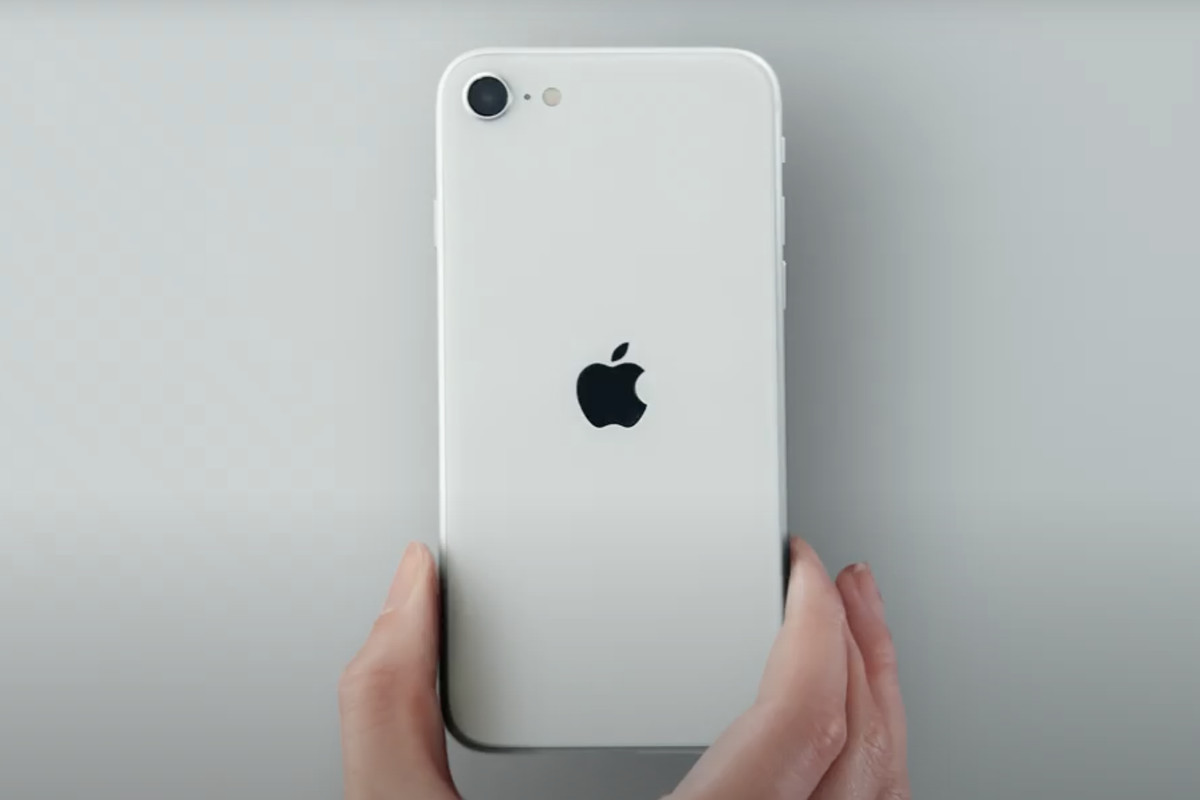 As the most preferred brand in the world, Apple successfully maintains a strong consumer base and market share in the mobile industry. Apple was established by Steve Jobs with Ronald Wayne in 1976. They are known for their luxurious smartphones and unique services. Due to their classy features and designs, they maintain a powerful customer base globally. They always focus on new technologies and designs to increase their market share. With 499 stores in 22 countries and a global presence in almost 40 countries, Apple is one of the most luxurious brands. Its total revenue in 2007 was 229 billion dollars. They offer smartphones with powerful cameras and other features. They are launching iPhone X Leather Folio that contains Face ID and a full-screen display. That’s why it is at 3rd position in this list. 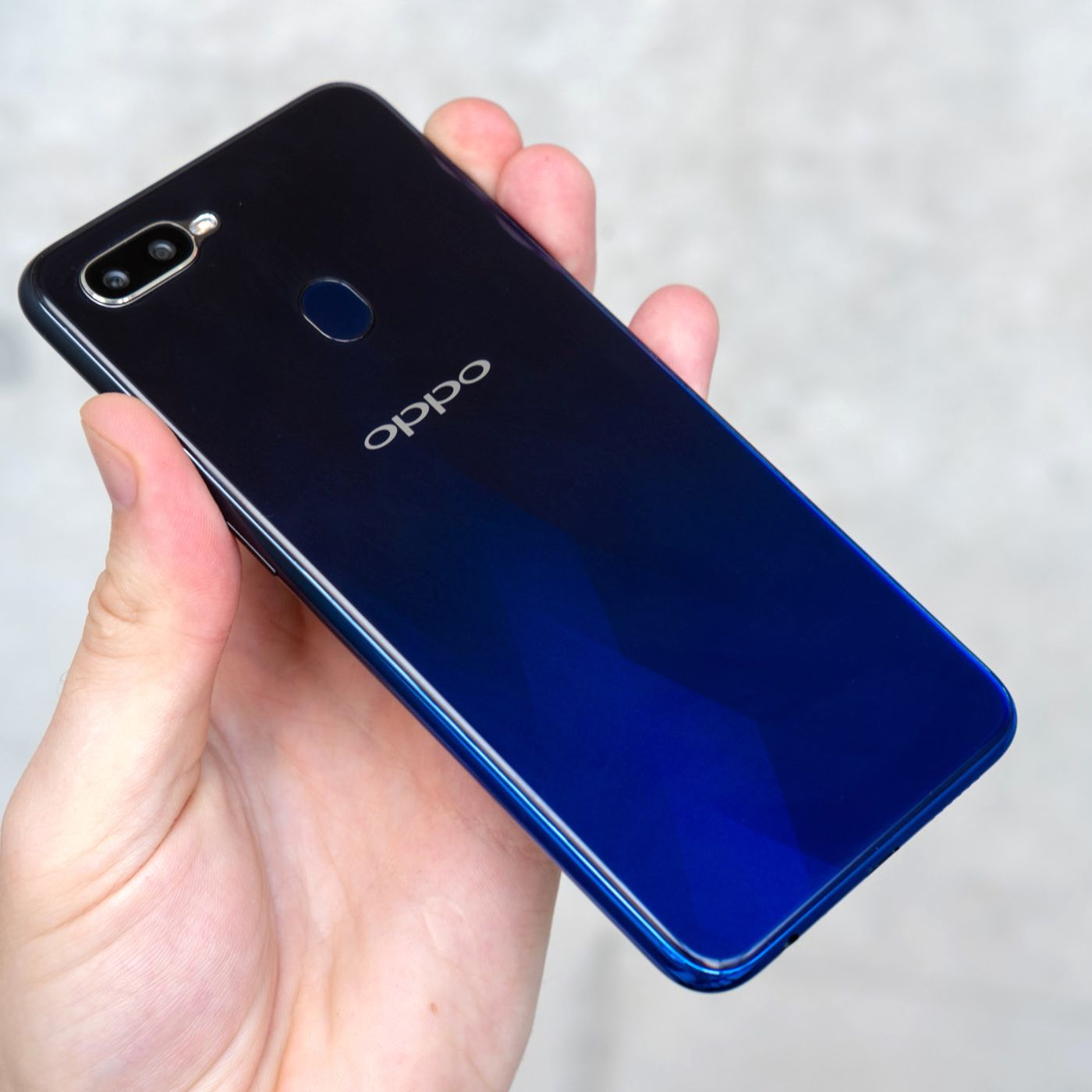 This Chinese-based mobile company is one of the emerging brands globally. It was founded in 2011 and now they have a powerful global presence. They offer good-quality smartphones and accessories. They offer smartphones at every price point from the lower segment to the affluent class. Find 5, Find 7, N1, N3, and more are some best phones of Oppo. Even though they enter in this market lately, but they have managed a strong consumer base and presence. They create a respectable position with their good-quality products and aggressive marketing. In 2017, they officially sponsored the Indian Cricket Team which helps the brand to increase its sales and revenues. They also collaborate with various Bollywood celebrities to endorse their products. It is 4th on this list. 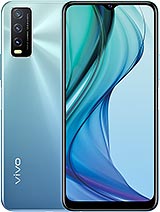 Vivo is a Chinese smartphone company and the largest producer of software, smartphones, and smartphone accessories. The company started its operations in 2009 and has a powerful footprint in the world with its offerings and smartphones. They recently developed Android-based software called ‘’Funtouch’’. In 2017, its market share is 10.7 percent. The X Series, V Series are one the most popular smartphones of Vivo. Their smartphones are really affordable and this is the major reason for the success of Vivo. Effective marketing strategies and celebrities endorsement help the company to expand its footprint globally. Its V9 Series is comparable to Apple’s iPhone X. It’s a big achievement for Vivo and it is the first company that contains a notch display after Apple. Its rank is 5th on this list. 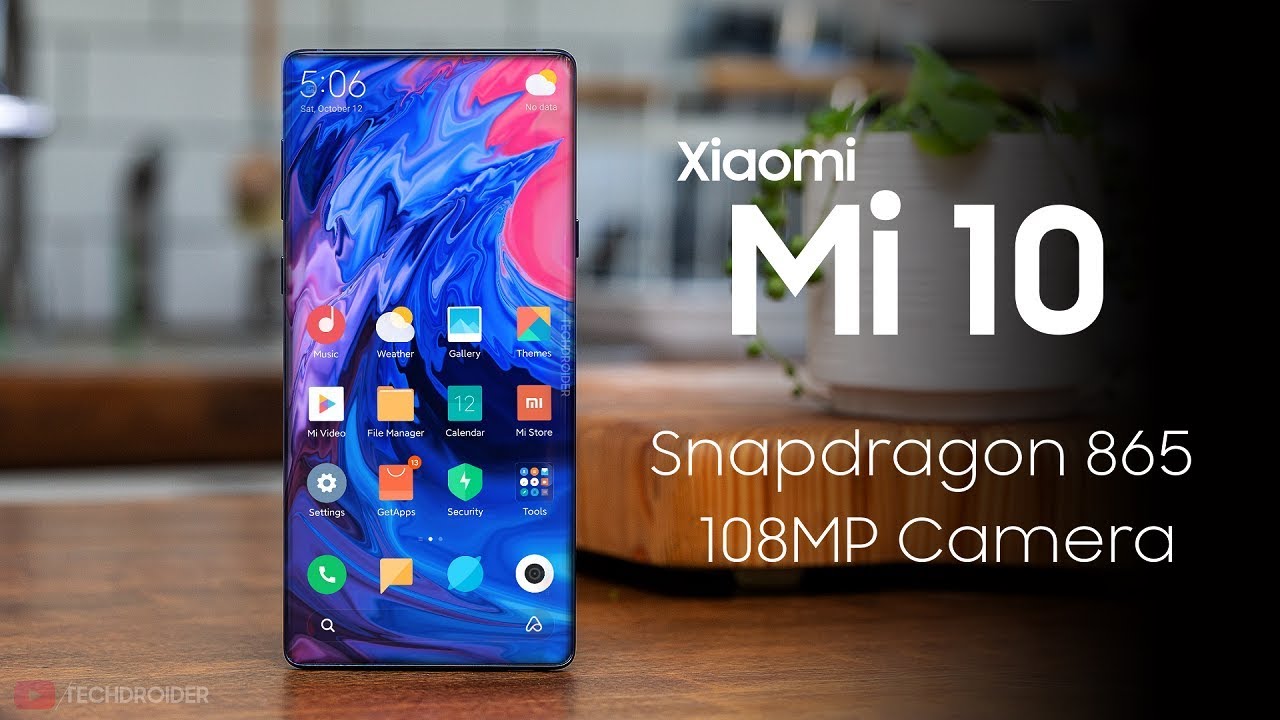 It is one of the fast-growing companies globally. They offer a diverse range of innovative products such as smartphones, apps, laptops, and accessories. It was established in 2010 by Lei Jun and launched its first phone in 2011. Since then, they have become the 8th biggest manufacturer of smartphones globally. Mi Series and Redmi are the flagship brands of Xiaomi. They invest in R&D and focus on innovation, that’s why they maintained a good position in the smartphone industry. Their effective marketing strategy in China and India enables them to attain a huge market share and sales. Currently, they are competing with top smartphone brands in the world. They also launched Mi MIX 2S in 2018. The company also launched MIUI 9 which has an in-built feature and highly innovative. They are operating in Brazil, Turkey, Singapore, and other Asian countries. In 2017, its smartphone shipments were 90 million. They are also called the Apple of China. It is 6th on the list of top 10 mobile phone brands in the world. 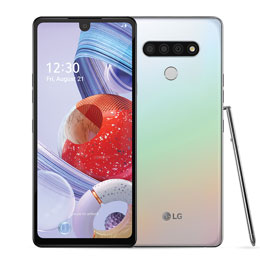 This South Korean Electronics brand was established in 1958 and has a strong market presence in the globe. LG Nexus, LG G Flex, LG Tribute, K-Series, and G-Series represent the company’s premium mobile range. Similarly, they offer a huge range of electronic items that makes them a highly attractive and powerful brand in the world. It is continuously growing and its total revenue was 57 billion dollars in 2017. They are also trying to launch K8 and K10 in different regions of the world such as the Middle East, Latin America, Europe, and Asia. These smartphones will offer better quality photography and noise reduction feature. They are also trying to offer their products at lower rates. LG V30 is one of the most advanced smartphones of LG so far. That’s why it is 7th on the list. 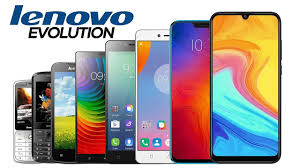 This Chinese multinational company is one of the largest laptop manufacturers in the world. Plus, they also offer high-quality smartphones and smartphone accessories. It was established in 1984 but enter the mobile market in 2012. That’s why we considered it a late entrant but they have managed its position very effectively and build a strong market presence. It has a powerful global presence in more than 160 countries. P Series, Zuk Series, K Series, and A Series are some popular smartphones of Lenovo. They are investing in the high-tech sector and anticipated to launch a Tango handset that can be changed to speakers or video projectors.

This kind of offerings makes it a powerful worldwide mobile phone brand. Its phones are extremely user-friendly and also economical. In the Tango handset, they added some sensors that can track your motions and also map the interior of rooms and buildings. They are giving tough competition to competitors with the help of advanced technology and augmented reality. 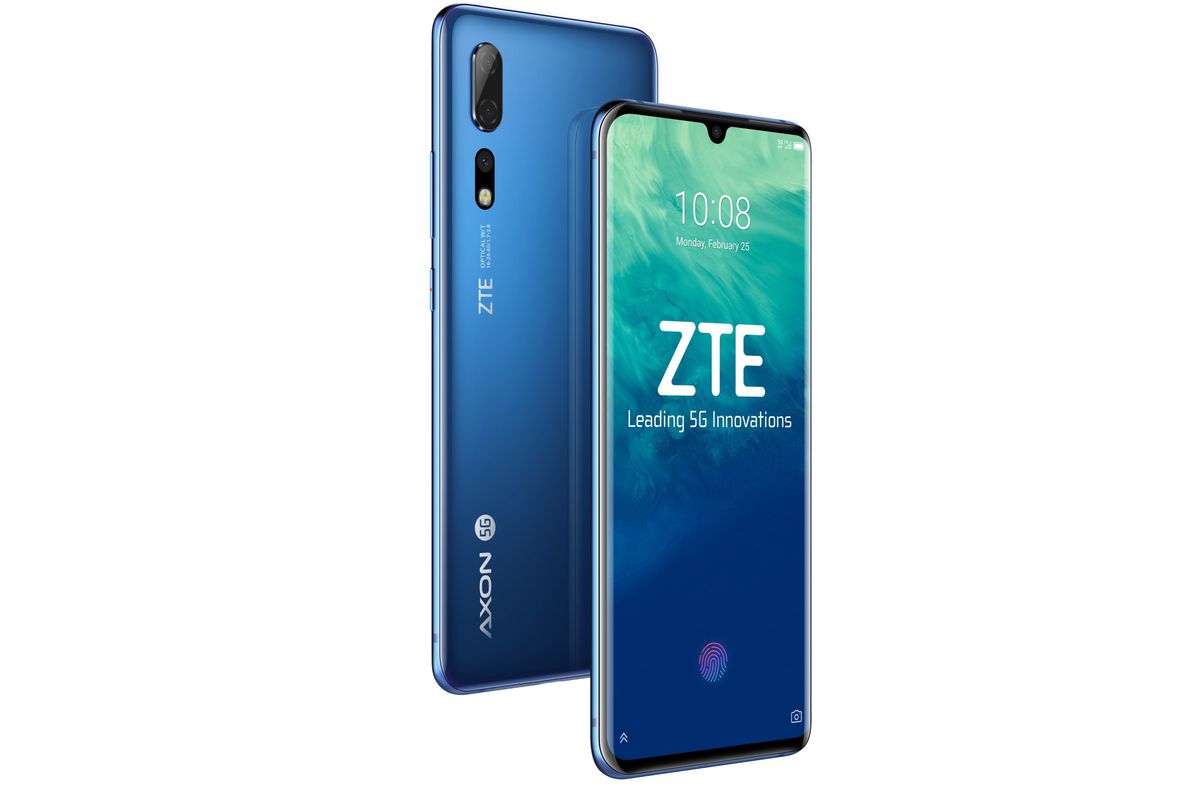 It is a prominent smartphone brand from China and also manufactures mobile and telecommunication equipment. We can say that it is a global leader in the manufacturing of tablets, smartphones, etc. They are operating in different parts of the world that’s why its market presence is very strong. Its distribution network and different offerings make it a highly innovative and leading company. ZTEsoft, Nubia Technology, and Zonergy are the subsidiaries of ZTE. With effective marketing strategies and a powerful presence, it is 9th on the list of top mobile phone brands. In 2017, they launched ZTE Axon M that is fully packed with innovative features. 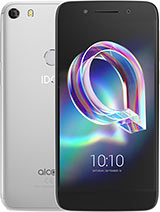 This acquisition was made to give tough competition to Huawei and Sony Ericsson. OneTouch Series is the flagship product of Alcatel-Lucent. It has a global reach in more than 170 countries which shows that it is a strong player in this industry. Its loyal customer base and innovation offerings make them a first-class brand. Also, Pixi and Idol are luxurious brands of Alcatel-Lucent. They recently introduced A50, A30 Plus, Idol 5S that are extremely innovative. It is 10th on the list of the top 10 best mobile phone brands in the world.

How to Spot True Love

How to Stay Fit and Keep Physical Health